Style.Mic did an overview of the Prosthetic Cosmetic Industry featuring our studio.  We were humbled by the positive response on how the article about merging fashion and prosthetics was received.  It is imperative to our studio that we continuously come out with new designs and styles that allow people to have an attainable shopping experience…one that they have been denied of for so long.

To read the full article written by Rachel Lubitz, click the link below

It used to be that prosthetic limbs and style had little to do with one another.

Sure, there was that one time designer Alexander McQueen had Paralympic athlete Aimee Mullins walk in his 1999 fashion show wearing prosthetic legs made from beautifully carved elm wood. But save for that memorable moment, prosthetic limbs have typically had as much style as orthopedic shoes, sheathed in beige fabric to cover the metal and plastic parts within.

They lacked originality, they lacked flair and they certainly didn’t reflect the wearer’s personality.

But now, this is possible: 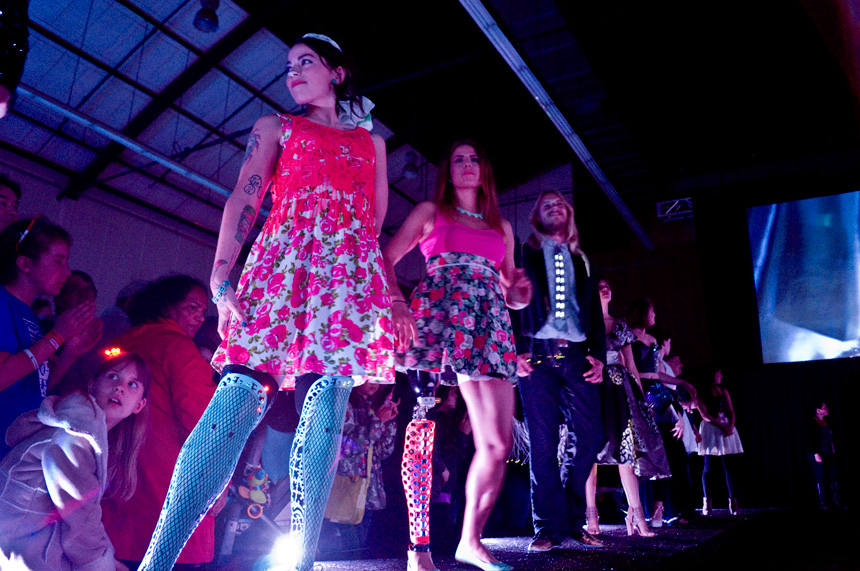 Creating “fairings” people can actually afford: Artists and innovators are using prosthetic covers, commonly called “fairings,” to turn the industry into an art form. The covers above have been designed by Alleles Design Studio, which was founded in 2013 by Canadian artists Ryan Palibroda and McCauley Wanner. The pair were first inspired to get into prosthetic design after Wanner discovered the lack of options for prosthetic users.

“I looked at the cosmetic options for people and it was really shameful,” Wanner told Mic. The products were “all bone-colored and really expensive, and not something that someone would look forward to buying or wearing.”

Approximately 2 million people in the United States have experienced the loss of a limb, with approximately 185,000 amputation surgeries occurring every year. The cause for the majority of amputations is advanced stages of a vascular disease like diabetes, with trauma and cancer having an impact as well.

According to ABC News, a prosthetic can cost anywhere from $5,000 to a shocking $50,000. There’s a strong likelihood the prosthetic will to be replaced three to five years down the road due to wear and tear.

Palibroda and Wanner wanted to focus on making these sorts of products affordable. Close behind was turning the mechanical mechani-chic.

The covers are fabricated in-house in their Vancouver studio using computer-operated technology, using a durable form of ABS plastic. According to the company’s website, they’re affixed to the prosthetic limb by a strapping mechanism for easy application and removal.

As far as the designs go, Wanner does look to the fashion industry for inspiration. But in order to “think of it as the whole ensemble” Palibroda veers more toward what technology they can use for the betterment of their product.

The creative union between the two reflects the hopeful future of prosthetics: a happy marriage between style and technology at an affordable price. Pieces from Alleles’ catalog start at around $260 and go up from there, with custom options available as well.

“What we wanted to figure out is what people can afford and design everything around that,” Palibroda told Mic. “What we found from people is that it’s one thing to do an art project, but it’s another to make something useful and affordable.”

Validating people as individuals: Before Alleles, there was industrial designer Scott Summit. With the help of technology and an eye for design, Summit’s prosthetic covers and limbs set the standard for how beautiful a prosthetic limb could be.

As a designer for the now-disbanded company Bespoke Innovations, which was founded in 2010, Summit focused on creating custom, 3D-printed fairings. As an industrial designer, the idea to combine prosthetics, design and technology came to him when he was a professor at Carnegie Mellon University, where he asked his students to redesign a product that is mismatched from the needs of its users.

Looking at prosthetics, Summit and his students noticed a disjointed industry that offered basic options for clients who wanted anything but.

“I spent some time designing some legs saying, ‘OK, we’re talking about form versus function,'” Summit told Mic. “The function is not just to keep someone from falling over, the real function is to reify that person, to give them a sense of wholeness and completion.”

With that sentiment in mind, Summit knew he wanted to create custom products that were, in many ways, pieces of art.

“You’re looking at satisfying a bunch of emotional needs at once. It’s about connecting that person to that product in a certain way,” Summit said. “And one way to do that is to change the conversation. Suddenly, it’s not ‘Oh my god, what happened to you?’ Suddenly, it’s ‘That’s the most beautiful thing I’ve ever seen.'”

Bespoke was bought by 3D-printing megamind 3D Systems in 2012, the same year Summit gave a Tedx Talk in Cambridge, Massachusetts, called “Beautiful Artificial Limbs.” At the time, Summit was using 3-D scanning and printing to construct his products, which signaled rising costs.

Because the product was custom, giving clients the opportunity to design their own limb from fabric to shape and size, the prosthetic covers ranged from $4,000 or higher, depending on the finishing touches — on top of the limbs themselves.

“It was like walking into a Prada store in New York. It wasn’t a medical solution to a medical problem,” Summit said. “I wanted to really distract from that. I wanted it to really shift the focus from a medical experience and more to one you’d link to lifestyle and fashion and design.”

Summit is now an independent designer in the San Francisco area, but is still involved in prosthetic design with the company e-NABLE, which offers free 3D-printed hands and digits for children in need. Technically Bespoke failed due to the high price of custom 3-D printing, but it did give birth to UNYQ.

Getting the covers to those who need them: Eythor Bender, who has 20 years of experience in the prosthetic industry, noticed the same gap that Alleles and Summit did.

“For years and years, it was still just a metal stick. The industry was focused on just being efficient,” Bender told Mic. “I wanted to bring back the idea that these people could have a choice, and those choices could be to have a leg that fits them, that completes them.”

So in 2014, Bender and Manuel Boza founded UNYQ, which uses 3-D printing to create models from a few customer-taken photographs, so the company can have a cover out to a buyer in four weeks. And rather than sell through their one website, UNYQ decided to partner up with prosthetists across the country who can deal out information about UNYQ to their customers.

Bender says it’s the best way to make sure the products can be covered by a buyer’s insurance, and UNYQ tries to keep prices under $2,000 to ensure they do.

This year, Bender connected with Summit after 3D Systems invested in UNYQ. Through that investment, UNYQ was able to sell a few original Bespoke Innovations designs, with Summit’s signature futuristic web-like aesthetic, dubbed the “Bespoke Collection.”

The far out future of prosthetics: As these companies and Summit himself head toward the future, they’re encouraging of other designers who want to bring in new innovations, or design techniques.

Already this year, fashion and innovation are coming together more, for the sake of wearers who typically have had few options. Just this year, Parsons grad Lucy Jones created an entire collection of clothes for wheelchair users for her senior thesis, and Fashion Institute of Technology student Erika Morales designed a jacket with adjustable sleeves for amputees.

Creating these items can also start — and change — important conversations.

“Fashion is a great platform for showcasing the future and removing stigma for people who wear these devices,” Alleles’ Wanner said. “It’s exciting to remove that awkward barrier. They can say ‘Oh, where did you get that?’ instead of ‘Oh, what happened to you?'”