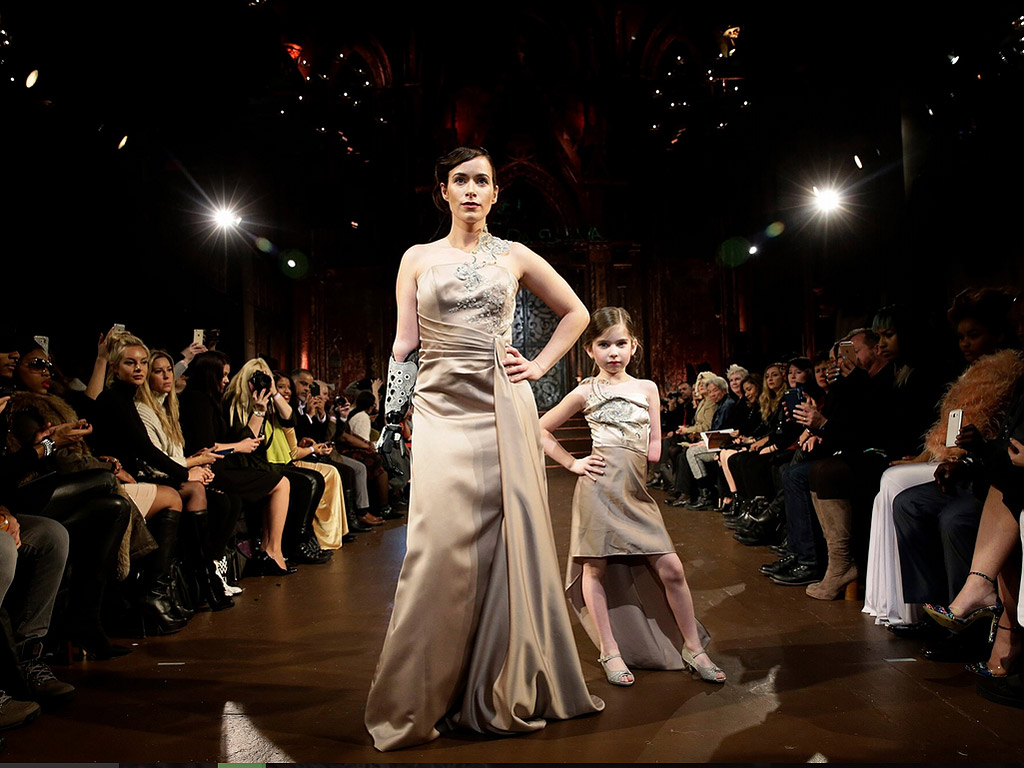 “The bionic model has a “mini-me.”

This month marked Rebekah Marine‘s third season walking in New York Fashion Week. But the model, born without a right forearm, says this time around was extra special because of one, little person: Gianna Schiavone.

The 6-year-old, born without her left forearm, made her NYFW debut on Monday at the FTL Moda show, walking the runway, hand-in-hand with 28-year-old Marine.

“Gianna’s my mini-me. She looks like me and she was also born the same way I was,” Marine tells PEOPLE. “Walking with her meant the world to me. It’s almost symbolic of passing the torch to future generations.”

The two modeled Josefa Da Silva gowns, and struck similar poses as the crowd erupted in applause. Schiavone says holding hands with Marine was her favorite part of the show.

“It was fun because she put her hand out and we got to hold hands and at the finale I got to go up and pose and then she got to take me down,” Schiavone says to PEOPLE, sporting a wide grin.”