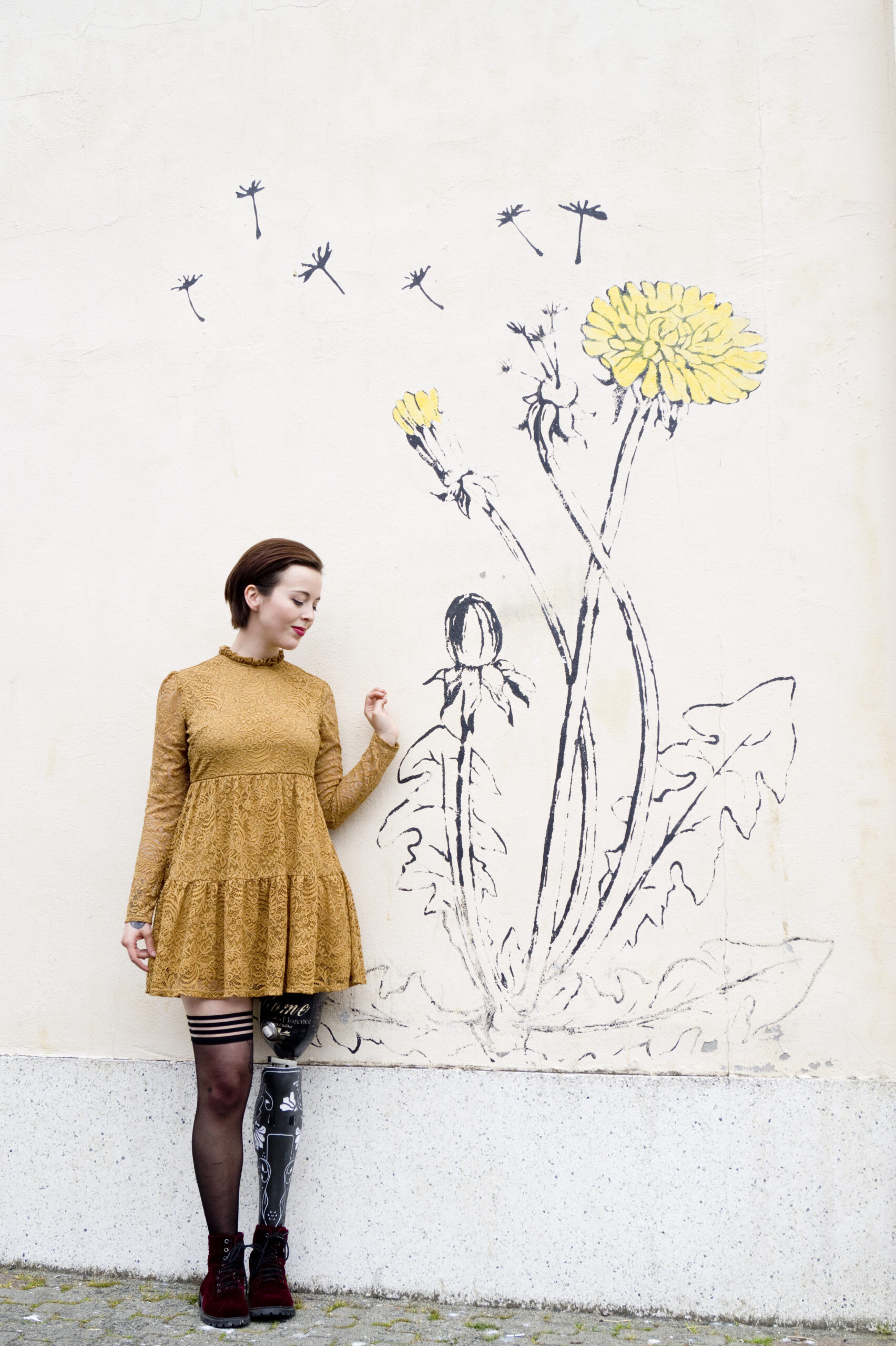 McCauley Wanner and Ryan Palibroda craft stylish leg and arm covers that people can actually afford through their British Columbia-based Alleles Design Studio, which they launched in 2013. The covers, currently on display in an inclusive design and accessibility exhibition at New York’s Cooper Hewitt museum, began as an effort to usher design and beauty “into an industry that’s very clinical,” Wanner told Moneyish.

“The couple, who met through their University of Calgary master’s program and have been together about eight years, say they want to do for the prosthetics industry what a previous generation of designers did for the eyeglass industry: While glasses were once viewed through a purely clinical lens, they’re now available in countless styles and price points, worn as statement pieces and baked into wearers’ identities. “It’s a medical device that has now turned into a fashion statement,” Wanner said — an expressive “in-between” alternative to not wearing a cover or having a realistic, flesh-toned cosmetic that makes a prosthesis blend in.

Company president Wanner, 32, and design director Palibroda, 37, are neither amputees nor prosthetic specialists (aka prosthetists) — they’re self-described “fashion junkies” with backgrounds in industrial design and architecture, respectively. Wanner previously worked as a graphic artist and user-experience designer, while Palibroda worked as an artist and architectural designer at a hospital.

The Alleles duo, who say a “huge portion” of their friends now are amputees, are intent on changing how others view the community. “What people never really talk about is the general public viewing someone with an amputation or a disability — they’re the ones who need to be educated, and they’re the ones who don’t really get how to interact with people,” Palibroda said.

“When you’re talking to someone who has a disability, guess what: They’re just a person,” added Wanner. “You don’t need to highlight the fact that they’re missing (a limb), and they don’t feel like telling you for the 15th time that day that they lost their leg to cancer because you’re curious.”

Emery Vanderburgh, a 22-year-old art student at the University of Victoria who had her leg amputated due to the bone cancer osteosarcoma, recalled getting her first Alleles cover, the Imperialist, around 2014. She would go on to own about a dozen of the covers — “one for every outfit, pretty much” — and intern this summer as a content creator at Alleles. The covers have empowered her, she told Moneyish, by showing off her prosthesis and changing people’s perception of her.

“Now the conversation ends up being complimentary towards the cover or this admiration of how I’m just rocking what I’m wearing,” she said. “It looks like a really high-fashion piece.”