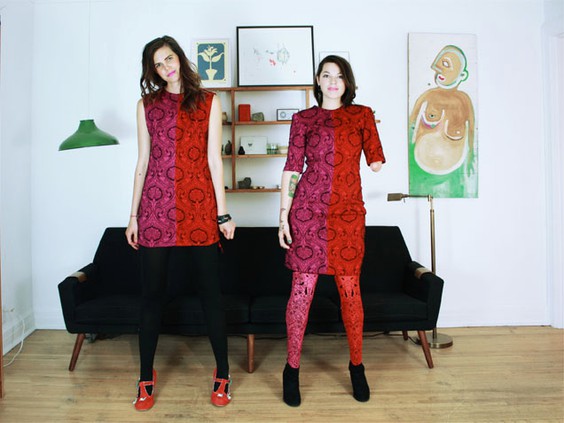 Along with her co-founder, Ryan Palibroda, Wanner set out to create unique, personal designs. Their first prototypes were made out of paper, wire, carbon fibre; whatever they could get their hands on to bring their vision to life.

“We made it out of everything until we came up with the material and shape and the process that we have now,” said McCauley.

Seven years later they’re well beyond those early prototypes with their company, Alleles Design Studio, where they are creating fashion forward prosthetic leg covers for their customers.”

Written by Kathryn McKenzie for The Toronto Sun